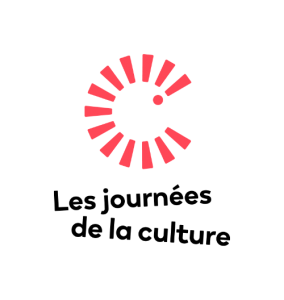 The mission of Culture pour tous, an independent, not-for-profit organization (NPO), is to raise awareness of arts and culture as key factors of personal fulfilment through outreach and education programs promoting public participation. For more than 20 years, the organization has been finding new ways and opportunities to promote culture in all spheres of activity, including schools and workplaces.

At the 1996 Summit on the Economy and Employment, leaders from Quebec’s cultural communities presented a large-scale project to democratize and raise awareness of arts and culture. The first public- and private-sector funding commitments were made a few months later, and the cultural community prepared the first edition of the Journées de la culture, which were held in September 1997 with the theme “Ça manquait à notre culture”. Five hundred organizations, artists and artisans welcomed more than 160,000 visitors!

On June 17, 1997, Quebec’s National Assembly unanimously passed a motion proclaiming the last Friday in September and the two subsequent days thereafter every year as the Journées nationales de la culture. To date, 592 municipalities have officially adopted a resolution to that effect.

• Creation of the Carnet de la culture, an arts and culture awareness notebook distributed to more than 8,000 elementary school pupils.

• The visual arts event Les Convertibles marks the 10th anniversary of the Journées de la culture, which were attended by 350,000 people in 290 municipalities.

• Creation of the Art-Affaires program, which will become La culture en entreprise. Employees of participating firms and professional artists created more than 40 group artworks that are now part of the firms’ collections.

• Establishment of the Passeurs de rêves cultural mentoring program to encourage children to stay in school.

• Creation of the Bac à idées, a space for sharing ideas, including the introduction of digital technology in culture, coordinated and hosted by Culture pour tous (Measure 14 in Quebec’s Digital Culture Plan [PCNQ]).

• The Passeurs de rêves program becomes part of individual mentoring in group workshops, held in classrooms, for young people in Secondary 3 or in reception or special education classes.

• Launch of Lab culturel, the only incubator dedicated exclusively to the implementation of innovative initiatives to help people across Quebec discover and connect with culture through digital technology (Measure 37 in Quebec’s Digital Culture Plan [PCNQ]).

• First edition of the digital component of the Journées de la culture, which is intended to help the public and cultural organizations embrace digital technology in culture, promote the discovery of new approaches to culture through digital technology, and attract new audiences (Measure 30 in Quebec’s Digital Culture Plan [PCNQ]).

• Music is the theme for celebrations held for the 20th edition of the Journées de la culture. In Montreal, a special program includes the Souffles – 10 chœurs pour un chant à créer concert, which becomes a finalist for the Grand Prix du Conseil des arts de Montréal.

• Development of the three-year Hémisphères pilot project and start of its implementation in 10 elementary and secondary schools in seven Quebec regions.

• The Fonds de dotation Culture pour tous (endowment fund) is set up with the Foundation of Greater Montréal. In 2019, the organization completed the first stage of a major funding campaign. The objective is $2 million over five years and more culture everywhere for everybody! The fund is capitalized in perpetuity and will make it possible to obtain matching grants offered in the Mécénat Placements Culture program of Quebec’s Ministère de la Culture et des Communications.

• Culture pour tous participated in the setting up of the Observatoire des médiations culturelles (OMEC), the outcome of a project carried out since 2006 by the Groupe de recherche en médiation culturelle (GRMC) and initiated by Culture pour tous in collaboration with the Alliance de recherche universités-communautés en économie sociale and the Service aux collectivités de l’Université du Québec à Montréal.

• Start of the La création d’une mutuelle de service en culture et numérique project with support from the Canada Council for the Arts and the collaboration of numerous partners.

• Because of the COVID-19 pandemic, the Journées de la culture are held exceptionally over a one-month period, which provided more time and flexibility as well as more effective support for project delivery partners. More than 300 people attend a big online wrap-up party, including Nathalie Roy, Minister of Culture and Communications, and our valuable partners.

• Continuation of the Réseau Hémisphères project in 21 elementary and secondary schools in 11 Quebec regions.

• Launch of the Mutualisation et fiducie de données en culture project, whose primary objective is to promote the sharing and further development of data and processes between sectors and regions.

• As part of the 25th edition of the Journées de la culture, launch of a call for Étincelles projects. The inspirational themes of the projects, which will be supported with funding as well as through four training workshops, are social justice for social cohesion, wellness, and resilience of communities.

• In October, Michel Vallée will succeed Louise Sicuro, founder and President and Chief Executive Officer of the organization.